Connected the cap nut generally includes setting the six-party nut and cap, six-party nut hollow internal threads of the mesh system has used for installation on the wall, when used, generally through the six-party nut thread and the bolt mesh installed together, cap to protect the bolts out side of the cap nut in general equipment can basically meet the demand, but in some larger equipment vibration amplitude, vibration due to the huge impetus role, hexagonal nut is easy to become loose, often the six-party nut from a bolt end off and even the phenomenon of damage, the staff also need to repeatedly to install cap nut,It improves labor intensity and brings great inconvenience to use, especially for some equipment that needs to install cover nut for a long time. This phenomenon also increases the use cost and wastes resources.


Application:
Cover nut has a wide range of applications, mainly used in the construction industry and some industrial production parts. 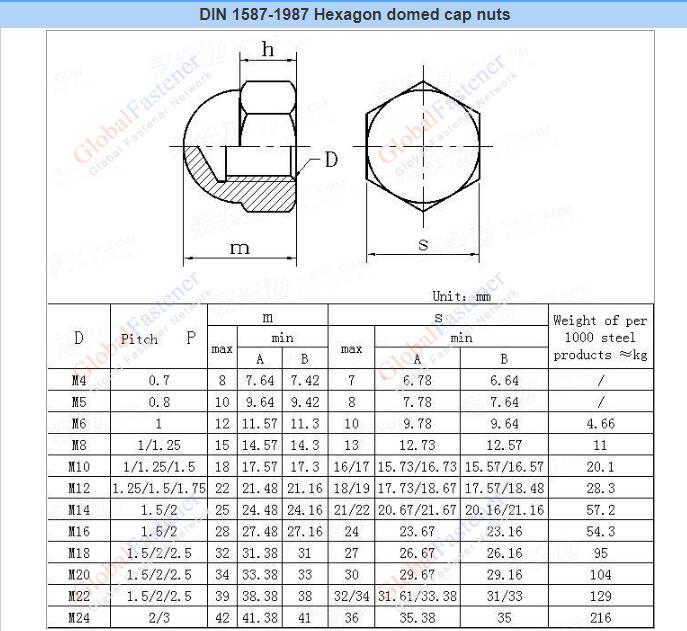